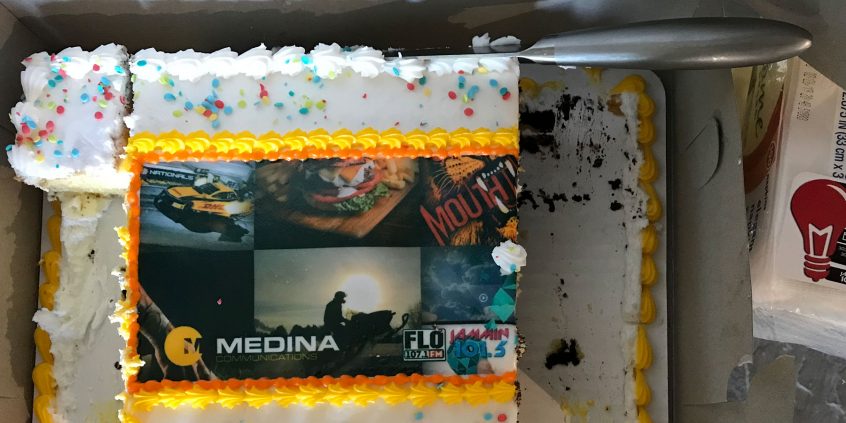 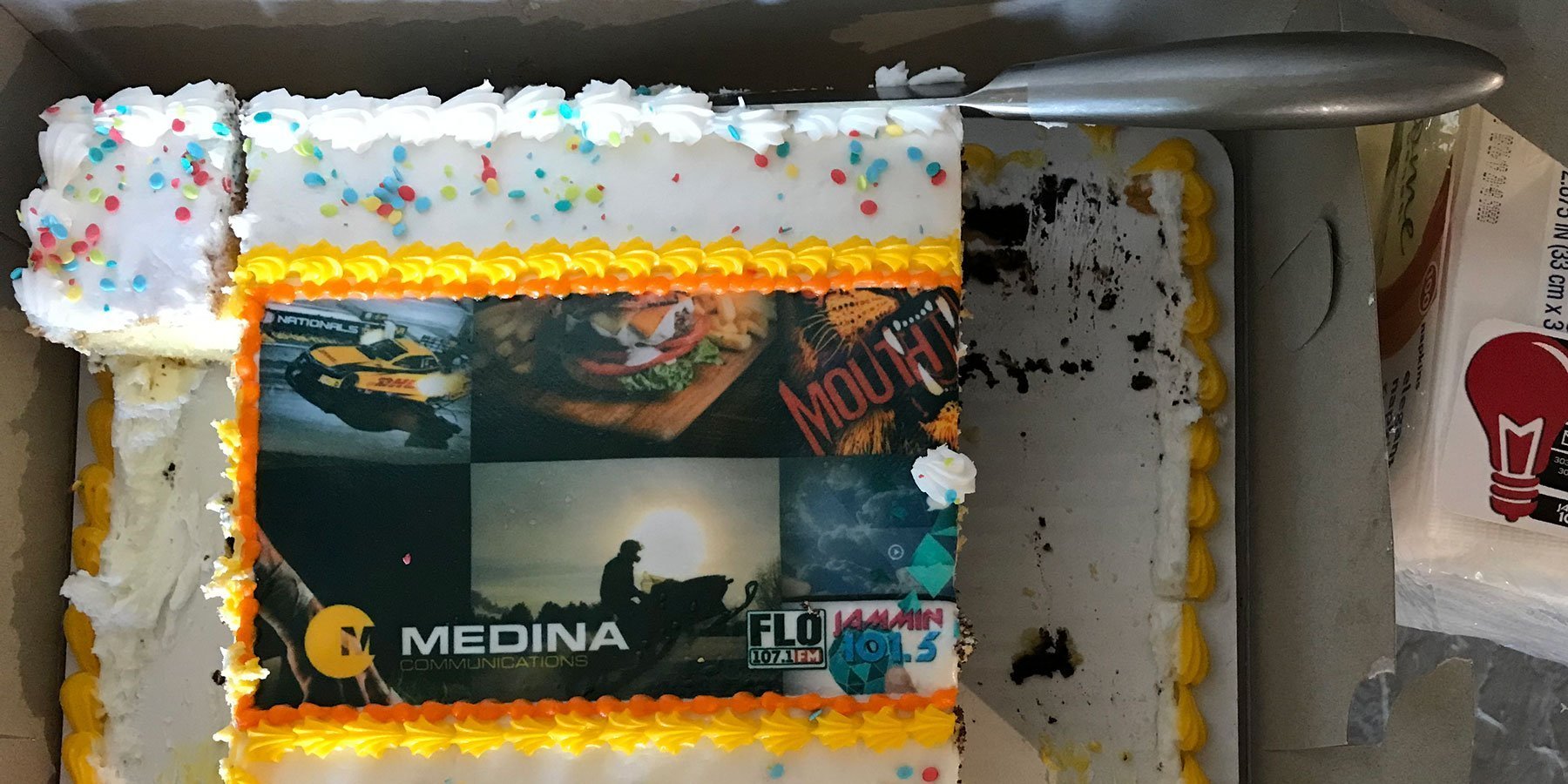 If you did a deal with a media company, and it started with a cake, you might have a problem.

We cranked up a new client on the radio and wouldn’t you know it, other stations came out of the woodwork. One station in particular got our attention when they dropped off a cake with the clients name printed on it. The client ate the cake (I hope) and passed on the sales rep’s business card to us. At first glance, we could see that the music format was off demo. Not a little off demo, 180°, polar opposite of the target demo. Even a radio novice would see that, but apparently strategy was not a consideration for this sales rep. Their only strategy was to blind potential advertisers with a sugar rush. Suffice to say, we did not consider the station as a viable media option for this particular client. However that’s not the end of the story…

A few weeks later, wouldn’t you know it, a cake arrives at our door hand delivered by a very nice sales rep. She gave us the same business card and said she wanted to introduce herself. We respect that gusto, so we sat together for a chat. I voiced my concern about the format of the station and my thought that it wasn’t right for that particular client, but that we have another client that could be a fit. We floated the station to the other client, but couldn’t justify investing in a station that’s not in the top 5 in their demo.

I ran the sales rep through my feedback on client 2 and suggested a few ideas that she could develop with the on-air talent and their promo team to customize a campaign that would be more dynamic than traditional spots and dots. That’s the kind of “outside the box” thinking we require from hungry media companies. We won’t slam the door in your face (especially when you’re holding a cake), but you’ve got to understand that if your station doesn’t have a competitive CPM, you’ll need to leverage other assets to get a piece of the buy. Off the top of my head, I gave her a complete roadmap for a custom program that she could develop with us to present to the client. I haven’t heard from the rep since.

I believe she reached out to another person at Medina Comm, but they gave her a similar response. Not sure if my associates enjoyed the cake as much as I did. I’ll check in with them and update this blog post when I get a custom proposal back from the rep, but don’t hold your breath. 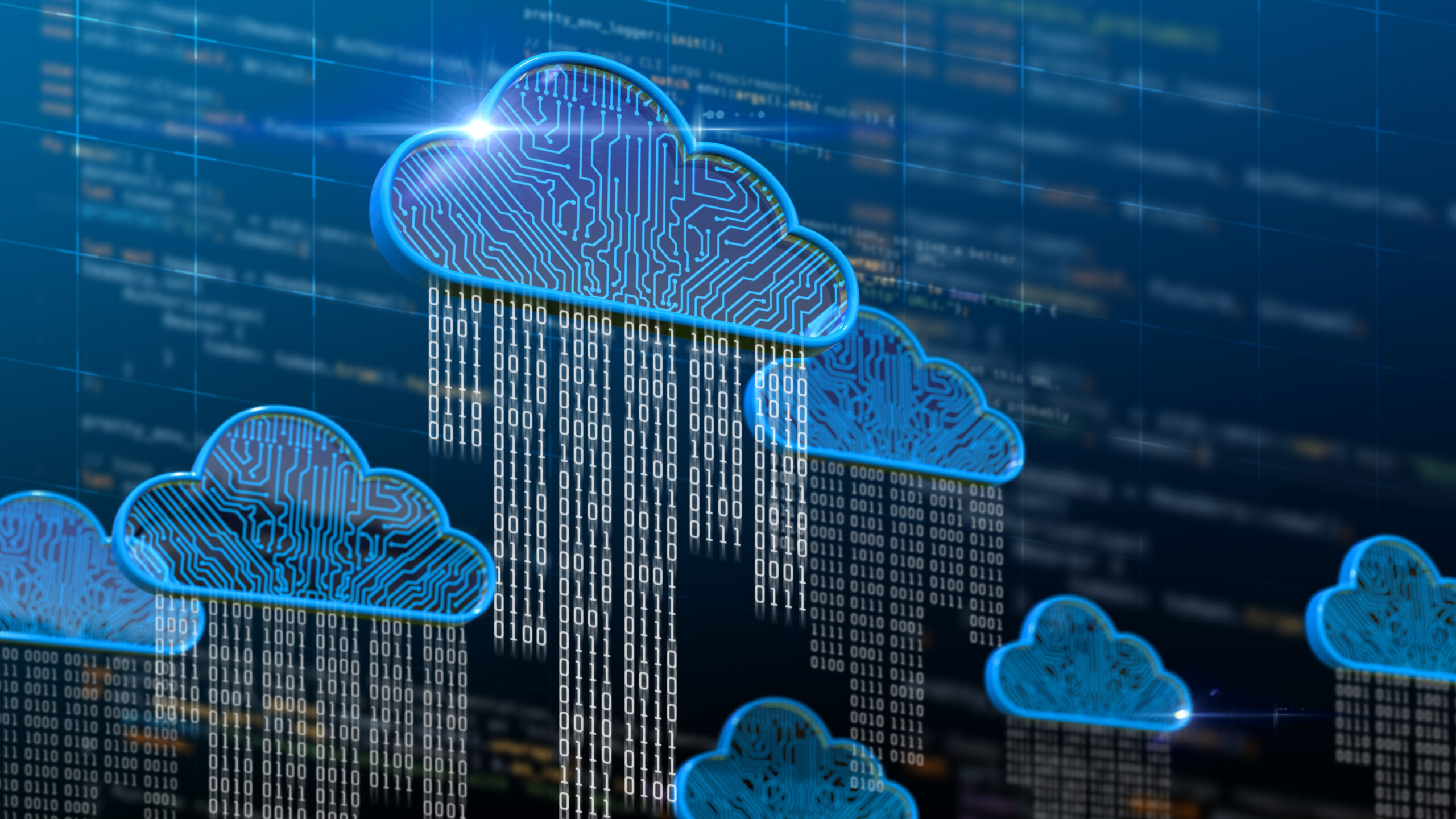 3 Things Dentists/CMOs Can Do to Upgrade Their Marketing